If you're considering a PTO policy transition from employee anniversary dates to calendar year based awards, this article will help you understand how you can make the change. Switching to a January 1 - December 31 PTO policy means that you will probably want to pro rate employee PTO awards. This can seem a bit complicated at first, but we've provided an example below to help you think through pro rated awards.

Tip: Another option for switching to calendar year PTO is to simply pay out employee PTO balances remaining at the end of the year, and start everyone with a fresh slate on January 1st.

The simplest way to approach pro rated employee PTO is to take the hours that have been accrued as of January 1, add those earned hours to their standard award and subtract any PTO hours used since the anniversary. Let's break that down with an example below.

Example of pro rating a PTO award
Let's say Matt's PTO anniversary is October 1, at which time he receives an annual award of 80 hours. We want to move Matt to a calendar year renewal starting on January 1. Receiving 80 hours of PTO for a 12 month period means that you can think of Matt's award as 6.67 hours per month (80 hours / 12 months). So on January 1, three months will have passed since Matt's award and he will have "accrued" 20 hours of his PTO award (6.67  * 3 months).

To get Matt on a calendar year award, simply add this 20 hours of earned PTO to his yearly award for the calendar year (80 hours, in our example). On January 1, Matt would receive a one-time, pro rated award of 100 hours, minus any PTO he used between October 1 and December 31. Every year after, on January 1, he will receive his standard award.

Tip: If an employee anniversary date does not fall evenly at the beginning of a month, you can use a weekly (80 hours / 52 weeks) or daily (80 hours / 365 days) calculation to handle the pro rated portion correctly. 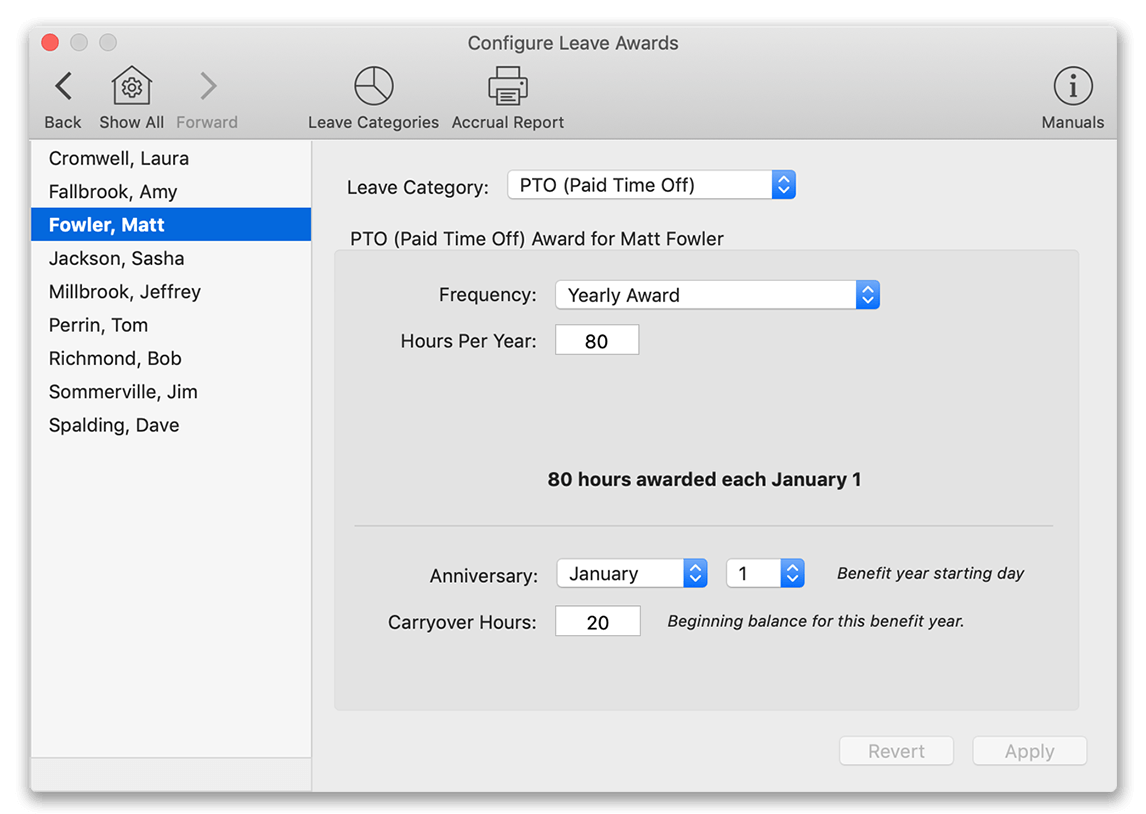